My parents, who were both born and raised in Ohio, were living in Florida when I was born. My dad worked for his mom & dad’s small restaurant flipping hamburgers, even though he had recently graduated from college. After a couple of years, Dad realized that to keep my mother happy, he needed to return to Ohio. He landed a job back in Ohio when I was still in diapers.

We moved five times with my father’s jobs. We ended up in northern Indiana when I was in fifth grade. Fortunately, I was able to be at the same school until I graduated from high school. Vacations were spent back in Ohio with my grandmother, who lived in the same farmhouse where she had grown up as a child.  She was always kind to me and nurtured within me an interest in the history of our early American pioneering ancestors. I can still hear her say, “Margi, we’re from good stock.”

I went to college in Indiana to become a teacher. I married while still in college, and taught 4th grade. We soon moved to Little Rock, Arkansas, where I had our first child.  Three weeks before our second child was born, our home was flooded. Eight children drowned in the flood waters one mile from my home, while waiting for their school bus.  The smell of Lysol still brings back memories of scrubbing all our floors and furniture with disinfectant. My husband had to leave after a few days for his job, which was out-of-state.  I was left alone with an energetic two-year old boy and a packed Lamaze bag. Fortunately, he had time to get home to take me to the hospital to deliver our little girl.

One year later, my husband’s job took us back to Indiana, where we lived on an isolated watermelon farm. My marriage ended and I found myself all alone again, with two little kids and a single can of tuna in my kitchen cupboard.  My new-found faith in God anchored my spirits, even when the circumstances looked pretty bleak.

My parents had divorced several years previously, so I ended up returning to Ohio to live with my mother. I set up a living area in her basement and my children and I shared one bedroom. Within several months, I was teaching at a Christian school and my children were attending a daycare center in a local church. I was finally able to rent a small bungalow with my small income and monthly child support check.  After retrieving all my household goods that had been stored in my grandmother’s front bedroom, the children & I moved into our own little home.

That same summer I met Ray on a blind date and four months of a whirlwind courtship later we were married. We suddenly had a blended family of his 3 teenagers and my 2 preschoolers. Although we had our ups and downs like many blended families, we were blessed that it was filled with mostly “ups.”

Within a year and a half after marrying Ray, I became the director of the same daycare where my children had been attending. I ended up being there for over twenty years.

So I wrote my resignation letter…and closed that chapter of my life.

I then became a preschool coordinator for three states. The upside was that I worked from home, met nice people, and conducted training for daycare directors. The downside was that the company’s finances were really tight.  After three years, I realized that I again needed to do something different.

Over the past 20 years I’d been in lots of home businesses.

One of my most embarrassing experiences was when I joined a company that sold glamorous jewelry.  At that time, my wardrobe was mostly jumpers with appliqued teddy bears since I worked in a preschool.

I went to one of the company’s training events wearing the newest outfit in my closet: a periwinkle blue cardigan sweater with big birds all over it and matching blue pants. I was color-coordinated from head-to-toe.

I walked into the room and immediately saw that the other women were all in formal black with pearls and diamonds.

Ray and I have been married nearly 30 years and he is still my Prince Charming. Our five children are all grown and live in five different states.  We live in my grandmother’s old house and my aging mother lives with me. She has a lot of health problems and I have learned to have compassion for her. Whenever I feel frustrated, I just go to my sanctuary (bedroom/office). It’s actually the same room which once upon a time stored my furniture.

I think my grandma would be really proud that I live in her old house and carry on the tradition of sharing our family stories.  I still think of her words, “We’re from good stock.” It’s a pretty good legacy to pass on to the next generation. 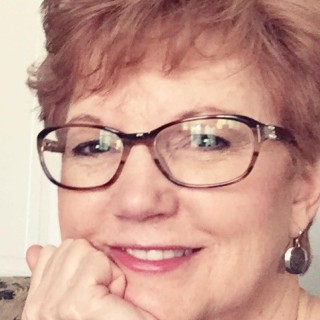 I am pretty ordinary. I live on five acres in Ohio's farm country, am married to my Prince Charming, and as a blended family, we raised five kids. Life wasn't always easy because finances were always tight. I am pretty extraordinary. When I decided "enough is enough" I got serious about increasing my income and changing my life. Now I get to help others do the same. And that's pretty cool. Margi